Even though the new campaign in Destiny 2 Forsaken is not to be ignored as it delivers a ton of goodies, the biggest thing is the Gambit mode in the game. I absolutely love this new mode and decided to take a break from playing in order to share with you some Destiny 2 Gambit tips and tricks in what will hopefully become a complete strategy guide.

Things are pretty much obvious when general rules and mechanics are concerned, but we’re going to talk about these as well. And there are indeed some things that will help you and your team do better in Destiny 2’s first PvEvP arena that will surely become a must have in other similar games out there.

But let’s not waste any time and instead let’s check out below some Destiny 2 Forsaken Gambit tips and tricks to keep on winning! 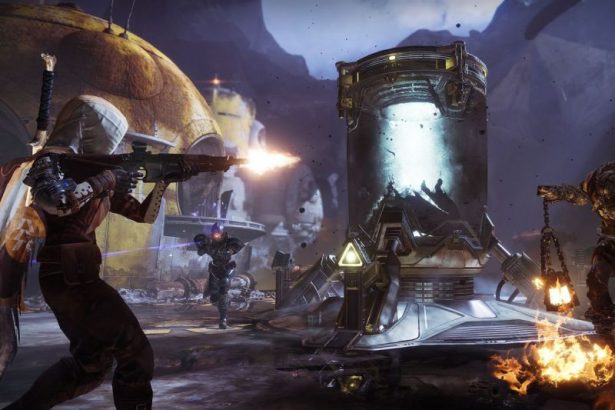 Gather Motes
This is obviously the most basic thing, but also one of the most important things that you should do in your game. Gathering motes is vital for your success, so make sure that you roam around and destroy enemies, gathering motes in the process. And the best part here is that you don’t need to be a very skilled player in order to do this.

Bank your Motes wisely
Gathering Motes is important, but you should also bank them at the right time in order to get the most out of this.

Depending on the amount you have collected, you can summon various blockers which will make your opponents’ lives a lot more difficult. And hoarding for the top Blockers is not always the best idea – a steady flow of level 1 and 2 blockers might be just as difficult to deal with.

So bank your motes wisely, having in mind that it’s usually better to deposit them in smaller chunks – but do so more often than otherwise. However, if you feel that you need to wait to summon the Ogre, take your time! It all depends on how the game plays out.

Summon Blockers
There are three types of blockers that you can send over as a gift to the enemy team and each requires a bit more Motes to summon:

As I said previously, I consider it a better idea to constantly send over level 1 blockers and level 2 ones instead of waiting a lot of time to collect enough for the Ogre. But see how the game goes and how active and good your teammates are and send Blockers accordingly.

Communicate with your team & assign roles
Communication is key to success in the Gambit mode and you should make sure to always talk to your team mates and decide what each of you should do and strategize a bit.

There are various roles you can have as a player and it’s usually a good idea to spread things out, then mix and match with your teammates. You can be the designated Invader if your PvP skills are good, you can be the Motes hunter or the one who takes out Blockers and enemy invaders from a distance.

Make sure to constantly communicate with your teammates in order to develop the best strategy for your current situation and make sure you stick to it! 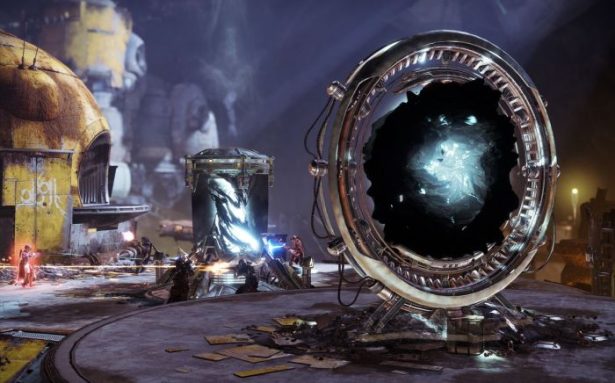 Your loadout matters
Since this is a pretty unique game mode, a solid loadout that’s great for PvP might not always be the best choice here. In Gambit, you’re mostly playing against NPCs, so setting up a loadout that’s more suitable for that is preferred.

However, the loadout will be greatly influenced by the role you will play in the new game mode. If you’ll be the designated invader, then you will indeed need PvP-oriented items. If not, weapons like shotguns, sniper rifles and fusion rifles are a good choice, as is anything that deals massive damage to NPCs and works well against them.

A particular weapon that I had great success with is the Wardcliff Coil – great at taking out the NPCs while bringing in perks like Rampage and Auto-Loading Holster will help tremendously.

Prioritize the Invader
Whenever the enemy team sends over their invader, you have to be quick in dealing with that threat. This means to put communication to good use and find their location ASAP, then leave everything behind and work on taking out the invader as fast as possible.

The faster you deal with the Invader, the faster you’ll be able to resume working on the motes and winning your round.

Kill your Primeval’s Lieutenants first
The Envoys that spawn once the Primeval is summoned should be the first ones to take down. Even though they have a lot of health, it’s worth focusing on them because you get some team perks for doing so and you’re also making the main enemy more difficult to destroy.

After you manage to take out these additional bad boys, the Primeval will melt quickly, so it’s worth taking your time to zoom out of all the chaos that’s most likely surrounding you and focus your fire power on taking them out first.

These would be all our tips and tricks for fellow Gambit mode enthusiasts. If you have additional advice to share with other players, take some time and let us know by commenting below.

1 thought on “Destiny 2 Forsaken: Gambit Tips & Tricks to Guide Your Team to Victory”