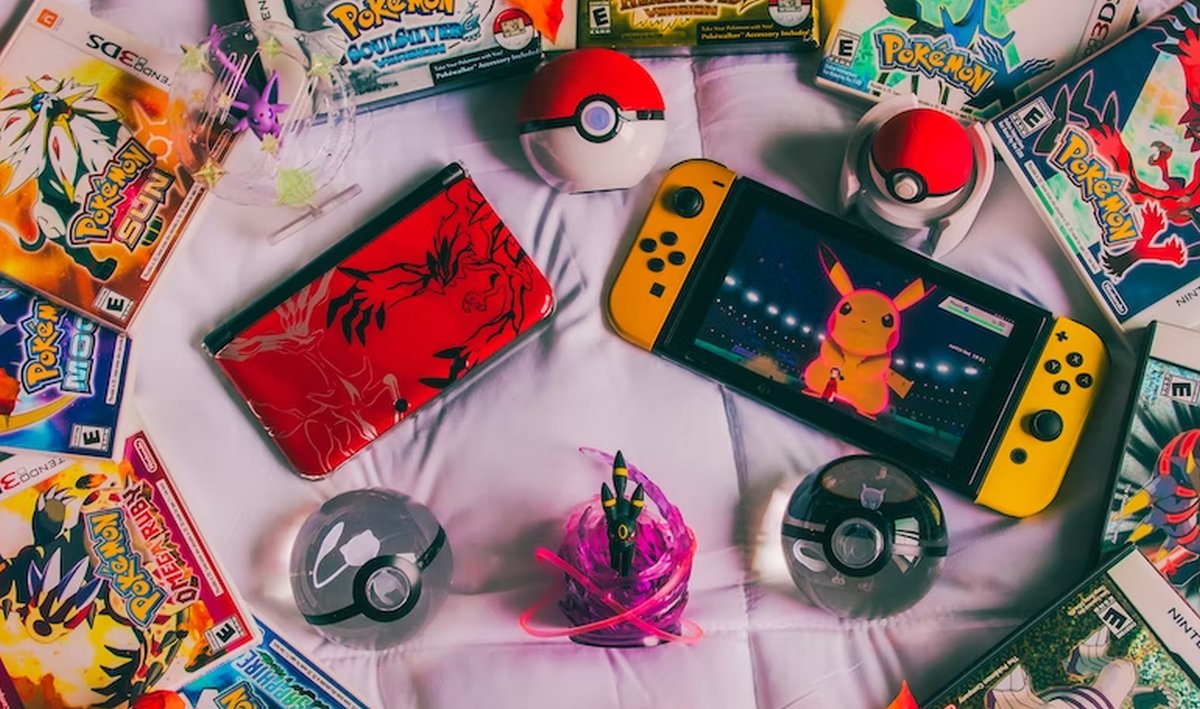 Are you a Pokemon enthusiast looking for games to play on your Switch? Are you interested to load up your Nintendo Switch with the best Pokemon games out there?

There have been several Pokemon games released for the Nintendo Switch in the past few years. Due to their varying features and elements, you may be confused about which game you should go for.

Well, to aid you in the decision-making process, I’ve come up with the 7 best Pokemon games to play on Switch, which will provide the ultimate Pokemon-gaming experience for you!

If you’re ready for some hard grind, Pokemon Mystery Dungeon: Rescue Team DX can be a good place to start!

The game belongs to the RPG genre. You’ll start off as a Pokemon in the game; the Pokemon you’ll be playing will depend on a test that you’ll take at the beginning.

The main objective of the game is to rescue Pokemon from various mystery dungeons; each dungeon should be approached with a strategic plan before you opt for rescue. There are around 400 Pokemon that you can rescue in the game.

It should be noted, though, that the process of rescuing can get repetitive and monotonous at some point and the game lacks unique elements after a while; the rescue missions are quite the exciting and fun, nevertheless!

If you’re interested in playing multiplayer, Pokemon UNITE may just be the perfect one for you! It’s the first Pokemon game in Switch that’s part of the MOBA genre.

Battles in Pokemon UNITE take place between two teams, but you’ll only have control over your own Pokemon.

While your Pokemon may have poor stats at the start of the game, you can evolve or strengthen it by playing and winning games. You may also be able to catch other Pokemon through by winning battles against other teams.

While Pokemon UNITE has been applauded for its impressive multiplayer features, you’ll probably need to spend money in-game for faster progress.

If you’ve played Pokémon Diamond & Pearl in the Nintendo DS, you most definitely enjoyed it; Pokemon Brilliant Diamond can take you back to those golden days through your Nintendo Switch!

Just like the original game, you’ll make your way through the Sinnoh region, exploring and catching Pokemon as you progress through the world.

The starter Pokemon in the new game are Turtwig, Chimchar, and Piplup. Along with these, you can catch various types of Pokemon, including Rare types, and traverse through specific locations for treasures.

A separate game for the Nintendo Swtich is the Pokemon Shining Pearl. It’s also a remake of the legendary Pokémon Diamond & Pearl.

Pokemon Snap was first introduced in Nintendo 64 back in 1999! That’s why, this game for Switch, which was released in early 2021, has the word “New” added to the name.

The New Pokemon Snap follows the same format as the vintage Pokemon Snap, but brings a lot of diversity.

The game features around 200 different Pokemon species, much greater than the 63 Pokemon present in the first edition.

Basically, your task would be to go on exploration around the Pokemon world and click pictures of the activities of a variety of Pokemon species at each location you visit. You’ll be going through forests, caves, and even to the bottom of the sea!

These pictures will then be brought back to Professor Mirror, who scores them along with Rita and Phil. Your snapshots can be shared online too.

Apart from that, you’ll also be helping out in another quest that’s also a part of the game.

In both these games, you’ll play as a Pokemon Trainer and your starter Pokemon will be either Pikachu or Eevee, depending on which version you purchase.

Just like the traditional Pokemon games, you’ll train them and fight battles against other trainers. You can also catch different types of Pokemon in your journey.

As you go further in the game, you’ll also face Gym Leaders and Elite Four members.

There are a few minor tweaks here and there compared to the original Pokemon games, but overall it brings about a pretty nostalgic feeling while playing this game.

Pokemon Sword and Pokemon Shield are two different games for the Switch, just like the previous Pokemon game mentioned. However, both these games can be found as a dual pack as well.

Pokemon Sword/Shield is yet another RPG and takes place in the Galar region. You play the role of trainer whose goal is to become the best Pokemon trainer there is and take the place of Leon.

Grookey, Scorbunny, and Sobble are the provided partner options at the start of the game.

Pokemon Sword/Shield adds newer elements to the game through exploration and adventure, including location like the Wild Area and lores of legendary Pokemon.

The combat system is also worked upon in this game, with the Dynamax aspect is brought into play, which has earned the praise of fellow Pokemon Switch gamers.

While it may not be a remake of a former Pokemon game in the DS and Gameboy, Pokemon Sword and Shield has still managed to win hearts and is worth spending both your time and money on!

Pokemon Legends: Arceus is the latest Nintendo Switch Pokemon game released and has stirred serious levels of excitement among the Pokemon gamers in the community.

The reason for its blast is the addition of action gameplay amidst the RPG elements in the game.

The game has the traditional Pokemon game vibe combined with a newer open-world element, where you, as a trainer, will be provided various tasks to catch and research Pokemon of the wild, to eventually complete the Pokedex.

The tasks will be carried out in the Hisui region and you’ll have Rowlet, Cyndaquil, and Oshawott as one of your starter Pokemon in the game.

The game holds on to certain features from the golden era of Pokemon while combining newer elements for a different experience!

Nintendo has produced a horde of games on Pokemon for all their platforms and consoles, and it’s the same for the Switch.

There are more than 15 different Pokemon games for the Switch, but not all of them have been up to the mark.

The ones mentioned above do a great job in bringing back the golden era of Pokemon games or in combining the vintage vibes with newer, unique aspects.