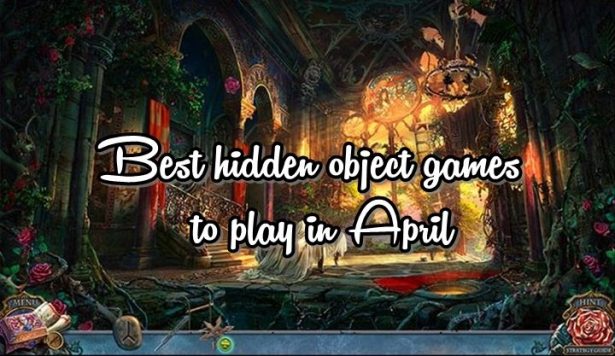 Every time we start a new month, we look back at the great games launched during the previous months and list them in an article of recommended “must play titles” and today is the day to check out the best hidden object games for April 2016.

I won’t like – March wasn’t the best month in terms of hidden object releases and there were very few memorable game launches, with mostly standard edition of previously launched titles – but games that most likely everybody has already played since they were so good.

So we tried to focus more on brand new releases and we have four HOGs to share with you. So let’s not waste any time and let’s check out below the best hidden object game adventures to play in April 2016!

I’ve already written a review of this game, so you can check out my in-depth impressions if you want to. If you don’t, then let me tell you that this was among the best hidden object games that I played this month and I loved its premise: a group of scientists find themselves trapped in a castle with a killer on the loose. A really nice mystery and even better execution.

Myths of the World: Born of Clay and Fire

A mysterious creature is wreaking havoc in your home city of Prague, and only you have the power to stop it! After your father is arrested, you find out just what he had been researching in his hidden alchemy lab – the Clayborne, powerful mythical monsters, born from clay and fire.

Now it’s up to you to discover the true nature of the Clayborne and save the city from destruction. Head over to Big Fish Games to begin your adventure and download the game.

In the town of Wishville, every dream can come true, for the right price. Your husband Jack has gone there, but when he doesn’t return, you follow in his footsteps, discovering anything but a paradise. The town is threatened by enchanted roses that choke the life out of anyone who steps outside the town gates.

Now these lingering souls need your help to fulfill their wish contracts so they can move on, but will you be able to save your beloved husband from meeting the same twisted fate? Find the game over at Big Fish Games and give it a try!

Royal Detective: Legend of the Golem

The peaceful town of Glanville is under attack! Each day, a golem arrives, leaving a trail of destruction and terror in its wake! But each new golem is even stronger than the last, and they’re evolving into an unstoppable destructive force.

You’ve been called in to help defeat the mysterious Master and their stone-cold creations. With the help of some friends, follow the clues to discover who the Master is and what they have in store for the town. Start your adventure by downloading from BFG.

And there you have it – our 4 recommended hidden object games for April 2016. I am sure you will have a really great time playing them!