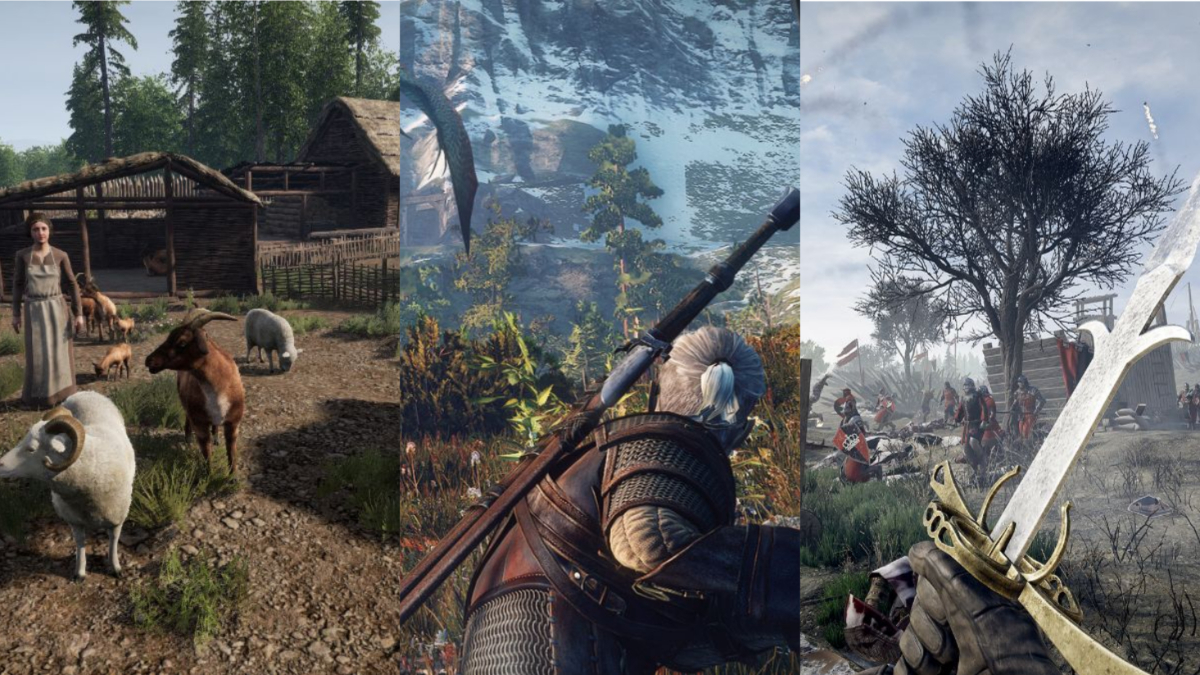 The Mount & Blade series provides unique gameplay in the form of a single-player, medieval, roleplay game focused on strategy and decision-making.

The latest addition to the franchise was Mount & Blade II: Bannerlord, released in late March 2020.

Now, over two years later, many fans of the series are looking for alternatives that maintain some of Mountain & Blade’s best elements.

In this article, I will go through some of the best games like Mount & Blade that fans of the series will enjoy.

Each game is recommended for different reasons but all of them have some of the elements that made Mount & Blade succeed.

In Mordhau, players enter a huge battlefield with up to 80 players and have to duel their way to victory. Combining fast-paced combat and castle sieges, Mordhau is the multiplayer version of Mount & Blade.

Especially for fans of fighting games, Mordhau is a must-try.

While Middle Earth: Shadow of War replaces Mount & Blade’s medieval theme and takes place in a fantasy world, the overall vibe is similar.

As a single-player, open world, RPG, Middle Earth: Shadow of War is the fantasy version of Mount & Blade.

Especially for fans of the Lord of the Rings franchise, I highly recommend giving Middle Earth: Shadow of War a try, if you haven’t already.

If you enjoyed the strategy part of Mount & Blade, then you won’t regret checking out the Total War: Warhammer series. These games are some of the best options in the genre of strategy and turn-based RPGs.

While it doesn’t have the combat style of Mount & Blade, Total War: Warhammer 3 allows you to create the army of your choice and experience a unique sandbox experience that will be different with every playthrough.

Combining these elements with an interesting story and a compelling narrative has made the Total War: Warhammer series one of the best series ever.

The Witcher 3: Wild Hunt is considered a classic and a must-play by almost everyone. If you haven’t played it, and you enjoyed Mount & Blade, you should definitely give it a try.

As a medieval/fantasy, open-world, single-player experience, The Witcher 3: Wild Hunt maintains some of the best elements of Mount & Blade and adds on top breathtaking graphics and a compelling narrative.

In short, The Witcher 3: Wild Hunt has everything a game should have and if you haven’t tried it yet, what are you waiting for?

For a more survival and city-management take on Mount & Blade’s medieval world, Medieval Dynasty is a great choice.

Hunt wild animals, build your village and make your civilization thrive while dealing with challenges like harsh weather and unexpected events.

Medieval Dynasty lacks the combat intensity of Mount & Blade but replaces it with quick-time thinking and problem-solving skills essential for dealing with unexpected events and allowing your civilization to survive and thrive.

Kingdom Come: Deliverance is a medieval, story-focused, historical, RPG that has many similar features to Mount & Blade.

In medieval times of chaos, the player struggles to find their place in the world. Players examine, through a first-person narrative, the struggles and challenges a blacksmith is called to face in medieval Europe.

For fans of Mount & Blade who enjoy a more story-focused approach, Kingdom Come: Deliverance is a must-try.

A follow-up to Chivalry: Medieval Warfare, Chivalry 2 is a great addition to this list. Similar to Mount & Blade, it is a medieval action RPG.

The main difference is that Chivalry 2 is a multiplayer game. Inspired by epic medieval battles, Chivalry 2 features 64-player battlefields.

With different classes that add variety to the gameplay, as well as mounted combat, Chivalry 2 will keep you entertained.

There are various games for Mount & Blade fans while they’re waiting for a new addition to the series.

In this list, I’ve included various options, including medieval and fantasy themes, survival, real-time combat, and strategy games, as well as multiplayer and single-player options.

If, instead, you’re looking for some of the best hidden object games, consider checking out our relevant article instead.

What do you think about these recommendations? Do you have anything you would add to this list? Let us know in the comments below.