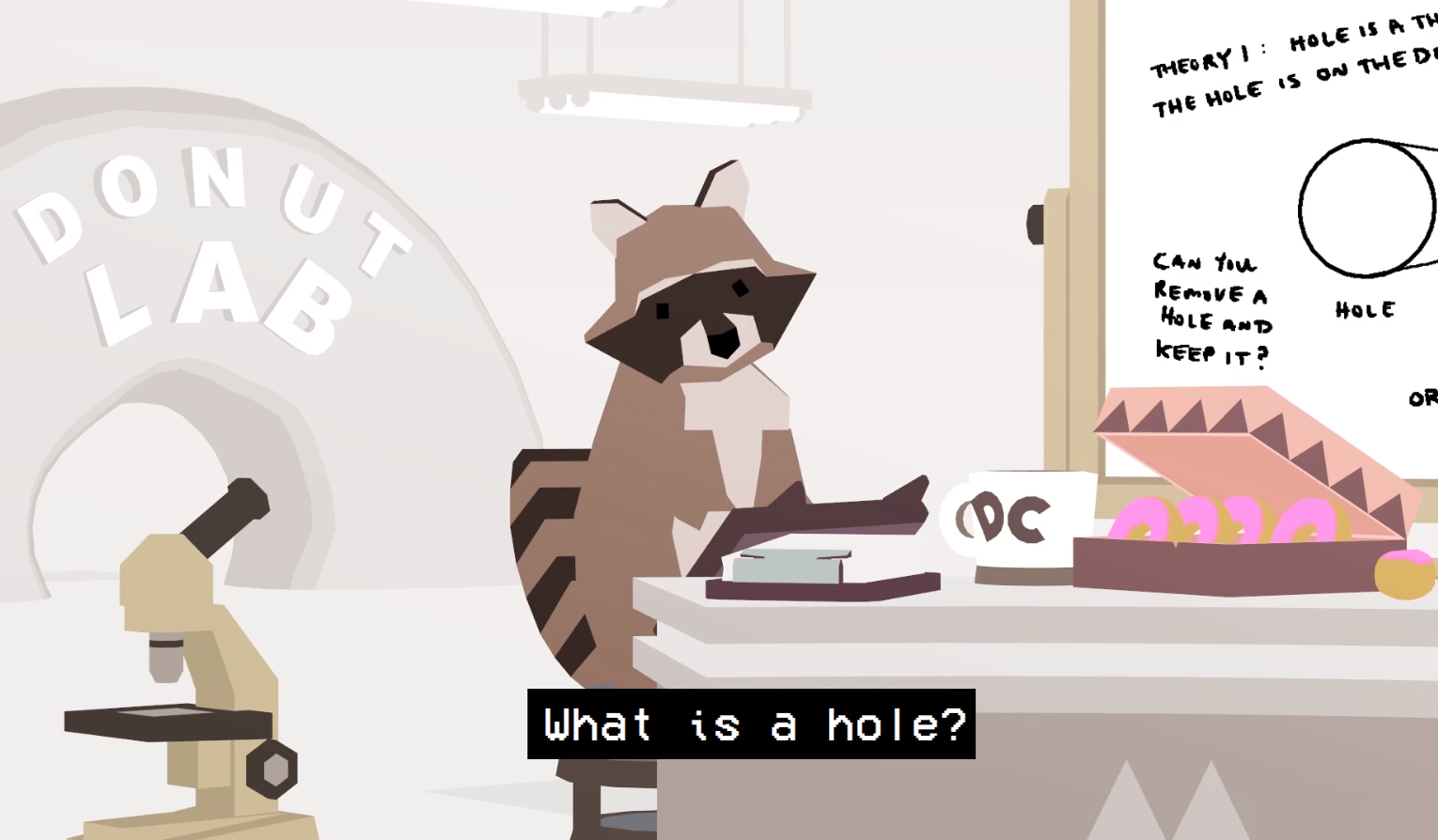 “What is a hole? Philosophers disagree.”

Just those few words and the sight of a raccoon delivering such a philosophical question does more than set the tone of upcoming indie title Donut County – it puts you right in the center of the game so you know exactly what to expect.

In Donut County, you play as a, well, hole. You can maneuver the hole from underground, and every time you eat something the hole gets a little bigger. Donut County feels very similar to Katamari Damacy in both the aesthetic, gameplay, and overall wackiness – but that’s a good thing. A very good thing.

You can check out the trailer right here. Watch as the raccoon waxes poetics of a hole, then watch him fall right into it. The trailer shows some interesting setups, including a desert village, a barn, a riverbed, and more. One of the main mechanics is that you’ll actually be able to utilize the things you eat. The trailer shows off a segment where flames burst out of the hole, letting it melt some obstacles around.

You can mix and combine items to bestow your hole various powers. The game might be structured like small one-shot levels where you’re presented with a single puzzle and you have to work with what you’ve got in the immediate area, as demonstrated by the last bit where you’re helping that hot air balloon get untangled. You can even shoot objects back out if you don’t want them. It’s a little traumatizing if you’ve sucked up a living being, but hey, it beats being in the hole.

Donut County has already captured our hearts with its simple yet charming looks and Katamari Damacy inspired gameplay. The game is currently scheduled for a 2018 release, but we’ll probably get an exact date later down the line.