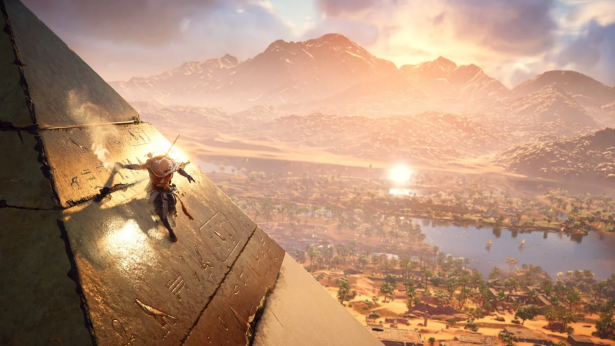 Assassin’s Creed Origins is the upcoming latest entry in Ubisoft’s flagship series. This time around we’re dropped into Ancient Egypt during the Ptolemaic period where players will step into the shoes of Bayek, a desert scout belonging to the Medjay, the Anicent Egyptian military.

Much like the previous games in the series, Origins is based off of real-world events. True to the name, Origins will have players discover how the order of assassins came to be and their relationship with a group who were the precursors to the Templars.

If you’ve played any of the games in the series and are a fan of period-accurate art and architecture, you’d recognize how much love and work goes into recreating the environments for the game. Assassin’s Creed Unity nailed the experience of the Paris during the French Revolution, and it’s a joy to play through if you’re a history buff. 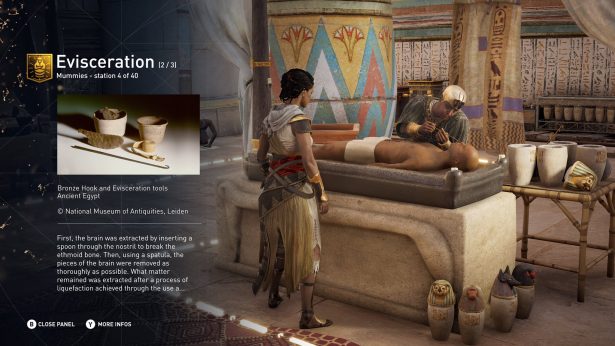 Ubisoft seems to have recognized this, because now they’re adding a new mode to Origins according to a Product Marketing Manager tweet. Coming early 2018, Assassin’s Creed Origins will receive a free DLC pack called “Discovery Tour”. The DLC is a dedicated educational mode in which you can enjoy and learn about Ancient Egypt without having to worry about story missions, combat, or time constraints. You know – all that pesky assassin stuff.

Details are minimal at the moment, but we got a sample screenshot that shows what you can expect from the DLC. The screenshot shows a description of how mummies were made using specialized evisceration tools. Apparently brains were extracted by spoons inserted into the nostril… ouch! Sounds painful, but it’s very interesting nonetheless.

We’re excited to walk through Ancient Egypt and learn about all the neat stuff when the DLC drops early 2018!