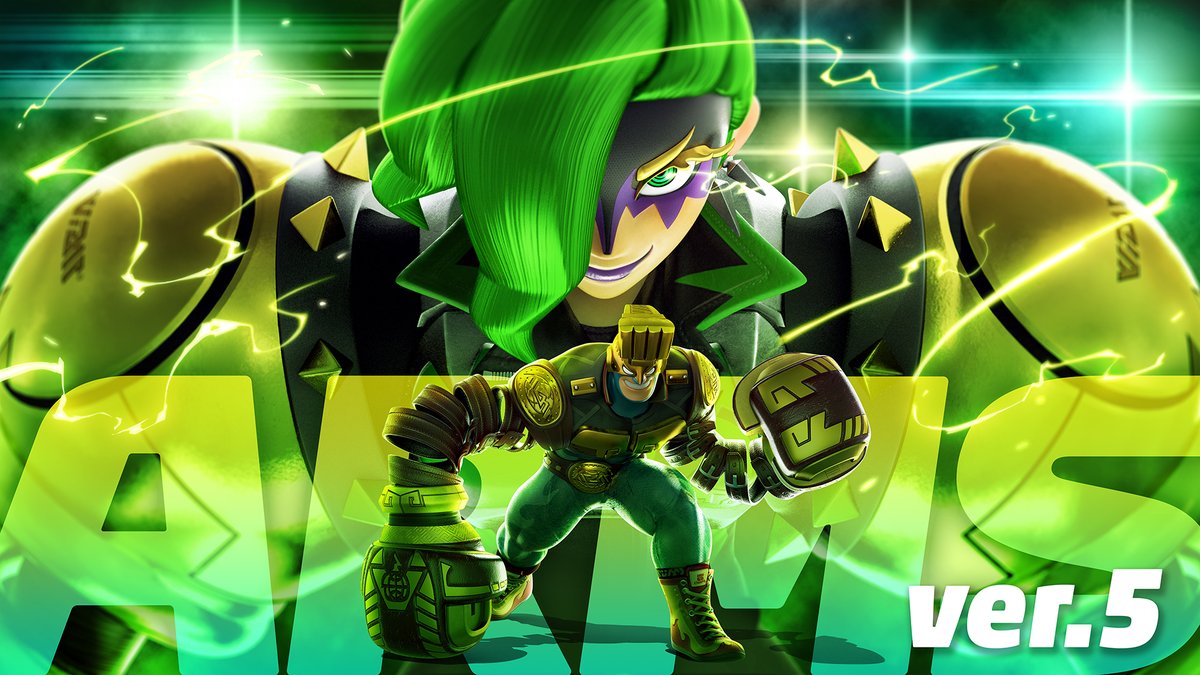 ARMS has been quite the shining example of how to support a game post-launch. Not even a year old, Nintendo has been steadily release content updates, balance patches, and of course new fighters to the mix over the past couple of months. Today the final content update – Version 5 – drops, and with it comes a mysterious and dastardly new fighter, Dr. Coyle!

Rumored to be the creator of fellow blob figher Helix, Dr. Coyle brings new arms with her into battle. One of her special abilities allows her to render herself temporarily invisible when she’s charged up – similar to Ninjara’s teleport dash. Also notable is her ability to straight up hover! She’s the first fighter who remains lifted off the ground when she’s fighting.

Her signature new arm is the Lokjaw, a heavy-class arm that sort of resembles Max Brass’ arms. This arm, when charged up, can fire off little energy blasts that look a lot like the ones the super secret boss Hedlok uses. Could she be the creator of Hedlok as well? Who knows what this scientist has been up to, but we’ll find out more once we see her Grand Prix mode ending.

Sadly, as we mentioned earlier, Version 5 is final content update of ARMS. After this patch drops, there will no new content save for balancing updates. Fans are already speculating whether this could mean that development on a new ARMS game has started, or if the team behind it has moved onto another project. Either way we’ll continue to celebrate ARMS as an awesome new inventive Nintendo IP. Just like what Splatoon did to the shooter genre, ARMS took the fighting game genre and threw in a bit of Nintendo love for one unforgettable game.