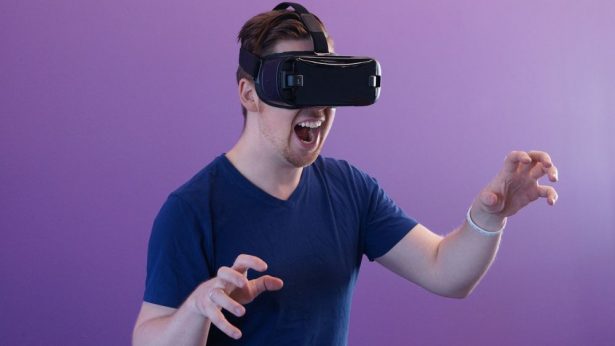 The world of online gaming is changing. Though it has always thrived over the years, numerous factors have threatened to slow down its growth. For one, an article on Vice claims that gambling companies have been struggling to attract the millennial market, who have more important financial priorities than spending on games.

Despite this, the online gambling industry is predicted to grow much bigger. In fact, TuxSlots reports that the online gambling market should reach $565 billion by 2022. This can be chalked up to reasons like strong economic performance and increasing urbanization.

However, another driving factor is the influx of new technologies breathing new life into online gambling, such as Augmented Reality (AR) and Virtual Reality (VR).

The anonymous nature, accessibility, and technological innovations offered by online casinos have attracted a lot of new players into the industry. AR and VR are only two out of the many kinds of technology that are looking to revolutionize the gaming experience.

Although AR and VR are still very much in their infancy, the potential immersion and marketing opportunities within their portals are infinite. Imagine being transported to exciting gaming locations like Las Vegas and Monte Carlo, or in a completely different setting with new sets of rules.

One example is microgaming, which has already managed to set up its own VR roulette. What’s more is that there is even a dedicated VR Casino, with a fully-rendered virtual gambling site.

With the growing availability of VR gear to the general public, it’s no surprise that VR casinos became a thing. Within the next few years, marketing professional Paul Swaddle estimates virtual gambling revenue to hit around $400 million. This technology is slowly but surely becoming popular; the gambling industry merely saw the opportunity and took it.

The future of virtual gambling

Besides the ongoing updates and development in virtual gaming, a huge number of U.S. companies have already invested millions into the adoption of said technology. There’s no set time frame on when exactly the permanent changes will occur, but they will happen eventually.

In anticipation for this rising trend in virtual technology, it’s recommended that the players purchase a laptop with built-in VR and AR specifications.

The MSI GS65 Stealth model is the perfect choice for those who want to keep a low profile, yet still look for quality specs. The general rule of thumb is to get a laptop that’s closest to your budget cap. The more expensive the device, the better its performance.