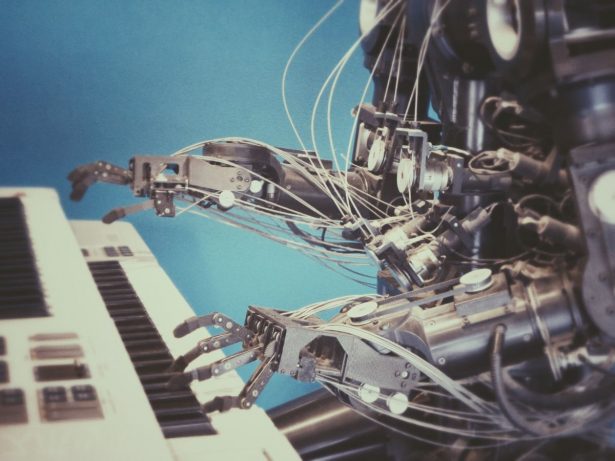 Artificial intelligence now occupies a considerable place in our lives. Much more than we actually expect is already being done by an AI these days.

This is how blog posts are created that only require keywords to be inserted. So it’s only a matter of time before articles like the Bitstarz Casino Review are also written by an artificial intelligence.

Chatbots are also becoming increasingly popular. These are often used for customer support and are already able to handle minor concerns on their own. Thus, no help is needed from a real employee. This can further reduce costs for companies.

The history of AI in video games

In the past, artificial intelligence wasn’t as advanced as it is today. Like the graphics, the AI in old games doesn’t seem contemporary.

Around 1950, the starting signal was given for a system in which the computer creates independent processes. However, it took several decades for artificial intelligence to really mature.

That’s because the basis of AI wasn’t really capable of much yet. Over the years, a lot of work had to be invested to bring artificial intelligence to the level it is at today.

That’s because the motion sequences used to be disastrous. It wasn’t until the 1980s that developers managed to create an AI that could actually move around.

To make the movements of computer opponents look as real as they do today, it took a very long time. Only after several decades of programming did the AI’s movements make sense and appear realistic.

Why do you need AI in games?

But why is AI actually such an important part of video games? This question can be answered relatively easily and is discussed often in gaming news. After all, no one wants to wander through the game world alone.

Comrades-in-arms are not always available, since not every game has a multiplayer mode. So the developers have to help out and integrate their own creatures into the game.

So if there is no real human as a comrade-in-arms or opponent, the game quickly becomes boring. However, if the computer-controlled characters don’t act realistically, it doesn’t really get more exciting.

That’s why it’s enormously important that artificial intelligence in computer games continues to improve. A good example of how AI influences the gaming experience is Fifa.

Since the soccer simulation is released every year, the change in AI can be observed particularly well here. Especially in FIFA 22, the latest part of the series, the artificial intelligence has changed again. The AI has been significantly revised in order to make the game more realistic.

While duels seemed boring 10 years ago, they can now seem much more challenging thanks to improved AI. This is not least due to the artificial intelligence, which has received some improvements over time. For example, defenders are now much harder to calculate, as the computer develops its own way of playing.

So, it used to be much easier to calculate the opponent, especially in FIFA. However, the progress in the field of artificial intelligence has been able to achieve significant improvements.

In which video games is AI used?

The list of games that need AI seems endless. Much bigger is the question of which game can do without such artificial intelligence. Even classic board games played on the computer cannot do without AI. After all, the other game characters have to be controlled by someone if this task is not taken over by a real person.

Artificial intelligence becomes essential at the latest in complex 3D games. These often tell a story or fascinate the gamer with action. Examples of this are the soccer game Fifa and shooters like Call of Duty or Battlefield.

If a game includes a story mode, artificial intelligence must be integrated. This is often available on several difficulty levels. The strength of the opponents or the players can therefore be adjusted in many cases.

The better an AI is, the more exciting the encounters with it can be in the game. A strong AI is therefore especially important in games that involve fighting. Only if the opponents react realistically and adequately can the game be fun.

In shooters, for example, it is very important that the AI keeps track of its remaining health. Finding the right time to reload the weapon is also a real challenge for the AI.

All of these factors have had to be improved and adjusted again and again over the past few years. In the meantime, however, the artificial intelligence in most games is on a level that should definitely be enough for most average gamers.

Will the AI get even better?

While this idea is scary for many, this development could certainly revolutionize the world of gaming. Thus, encounters with Computer-controlled players would be as authentic as possible. It could even be that gamers will no longer notice any difference between playing against a real human or a bot.

Even today, the performance of AI is remarkable. Already a few years ago, a Dota 2 team controlled by an artificial intelligence was able to defeat a team of five eSports players. There are also reports that there is an AI that could clone the classic game PacMan.

Artificial intelligence – an enrichment for the gaming world

There’s always something going on in the world of video games. But the fact that games are so popular at all is also thanks to advanced AI. Because let’s be honest: Without such a good artificial intelligence, we would have lost the fun of gaming a long time ago.

But the fact that the AI always brings new challenges keeps the game fun. Most gamers would therefore probably be very happy about a further development of artificial intelligence. Because one thing is for sure: The better the AI, the more fun the game is.